The update, rolling out now to the Apple App Store and Google Play, will feature these Heritage Points on the stories page. Each story will feature it’s own audio player and you can listen to the stories in English and Irish.

The Seo Árainn Mhór app is a project that’s been devised, developed and produced on the island of Arranmore between several community groups: 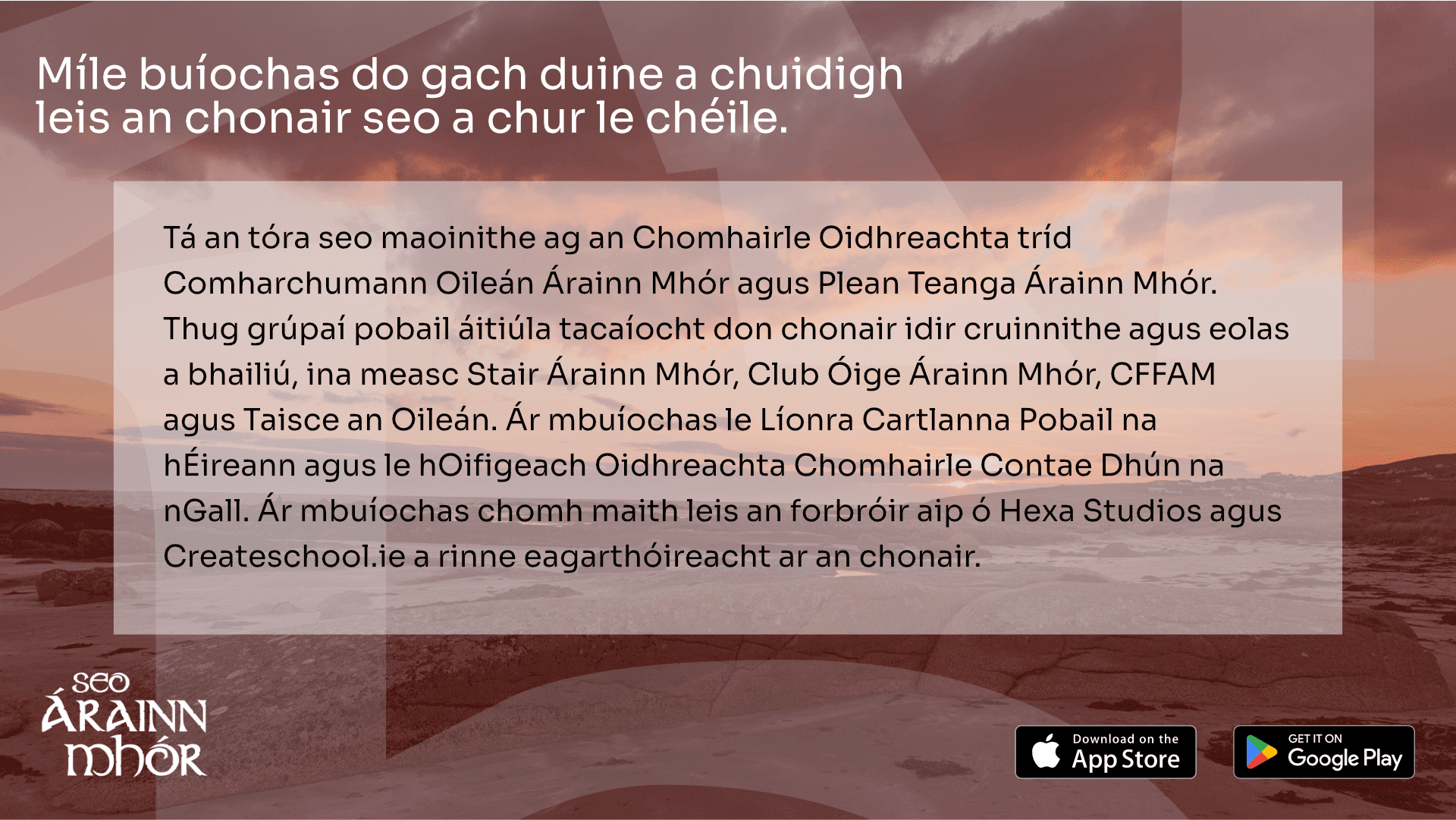 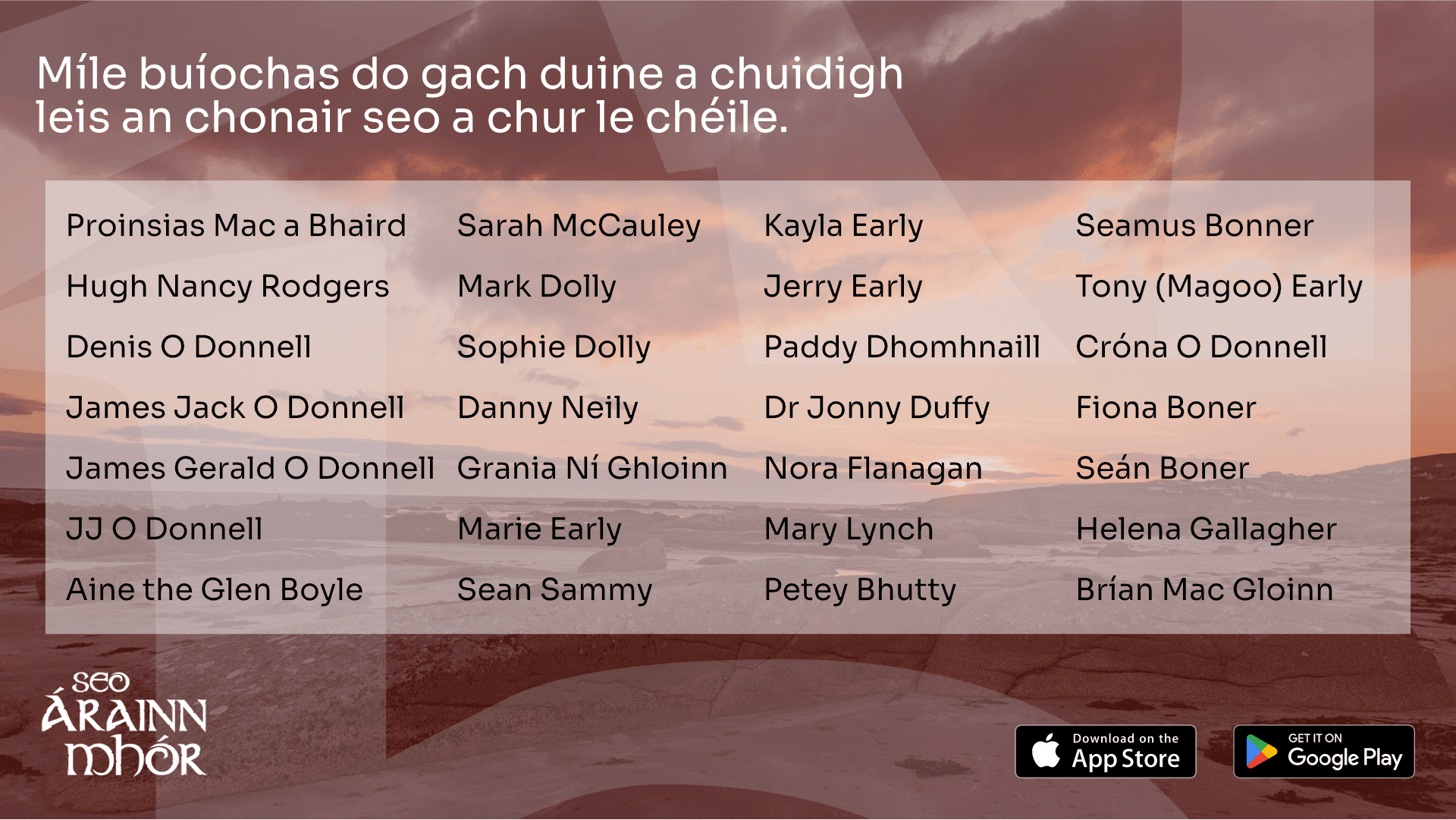 We’re working hard on getting more stories into the app for you - if you have any other ideas for what would make this app work even better for you and people of Arranmore Island - reach out to us at: hello@seoarainnmhor.com

Many thanks to all who helped to make this trail possible. The project was funded by the Heritage Council of Ireland with the support of Comharchumann Oileán Árainn Mhór via Plean Teanga Árainn Mhór. Local community groups including Stair Árainn Mhór, Club Óige Árainn Mhór, CFFAM and Taisce an Oileán also supported the meetings and gathering of information.

Our thanks to the Irish Community Archives Network and Donegal County Council’s Heritage Officer. Our thanks also to the app developer at Hexa Studios and editors from Createschool.ie

And of course, thank you to everyone who contributed stories to the project: 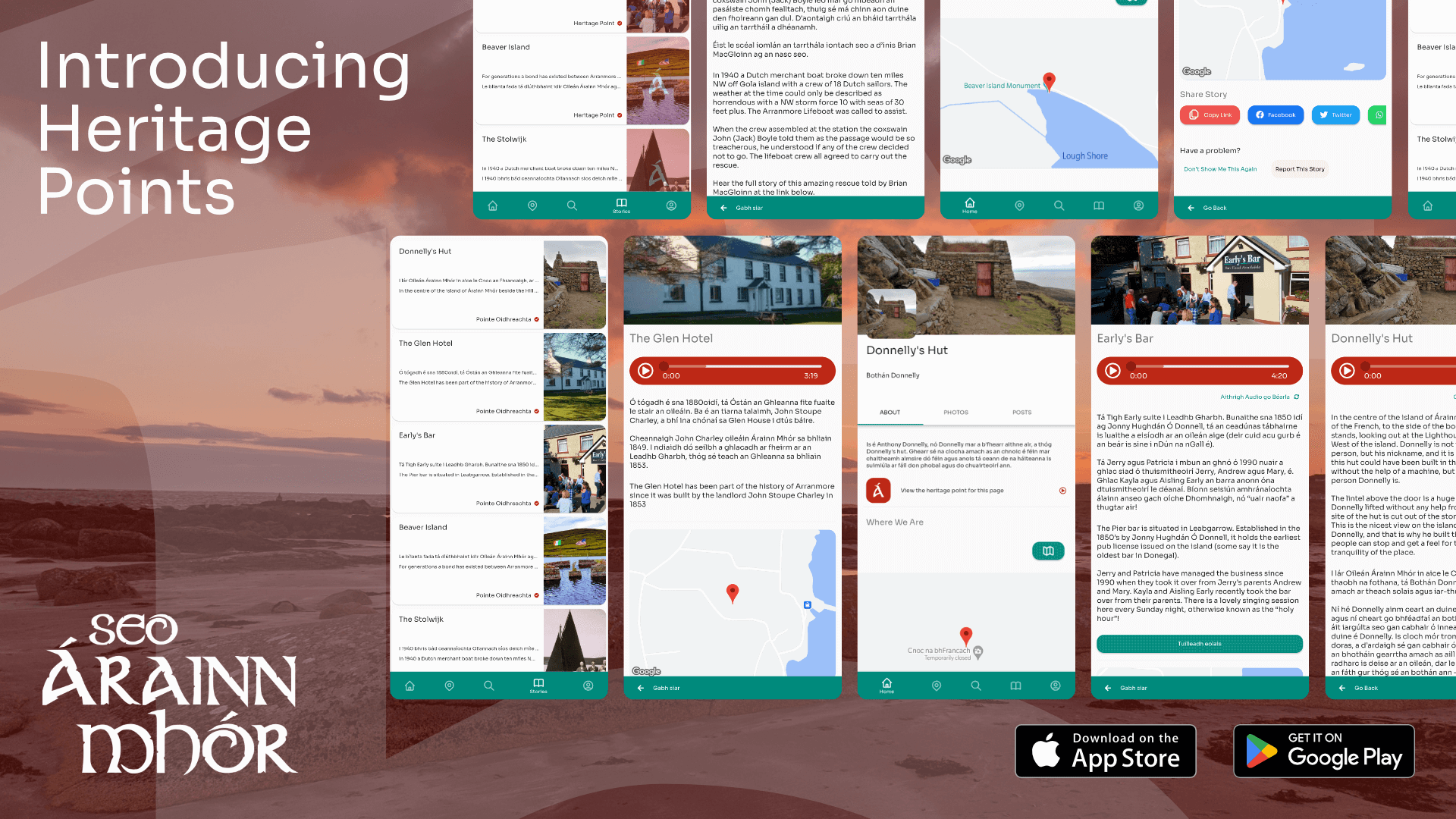