A small but hopefully very useful feature rolling out to Tory Ferry’s app. Sharing the ferry times from any date!

Sending a screenshot is so much hassle… Okay it’s not but we’ve built a little feature into the app to make it easier to share directly from the app. It takes three clicks from the timetables page. 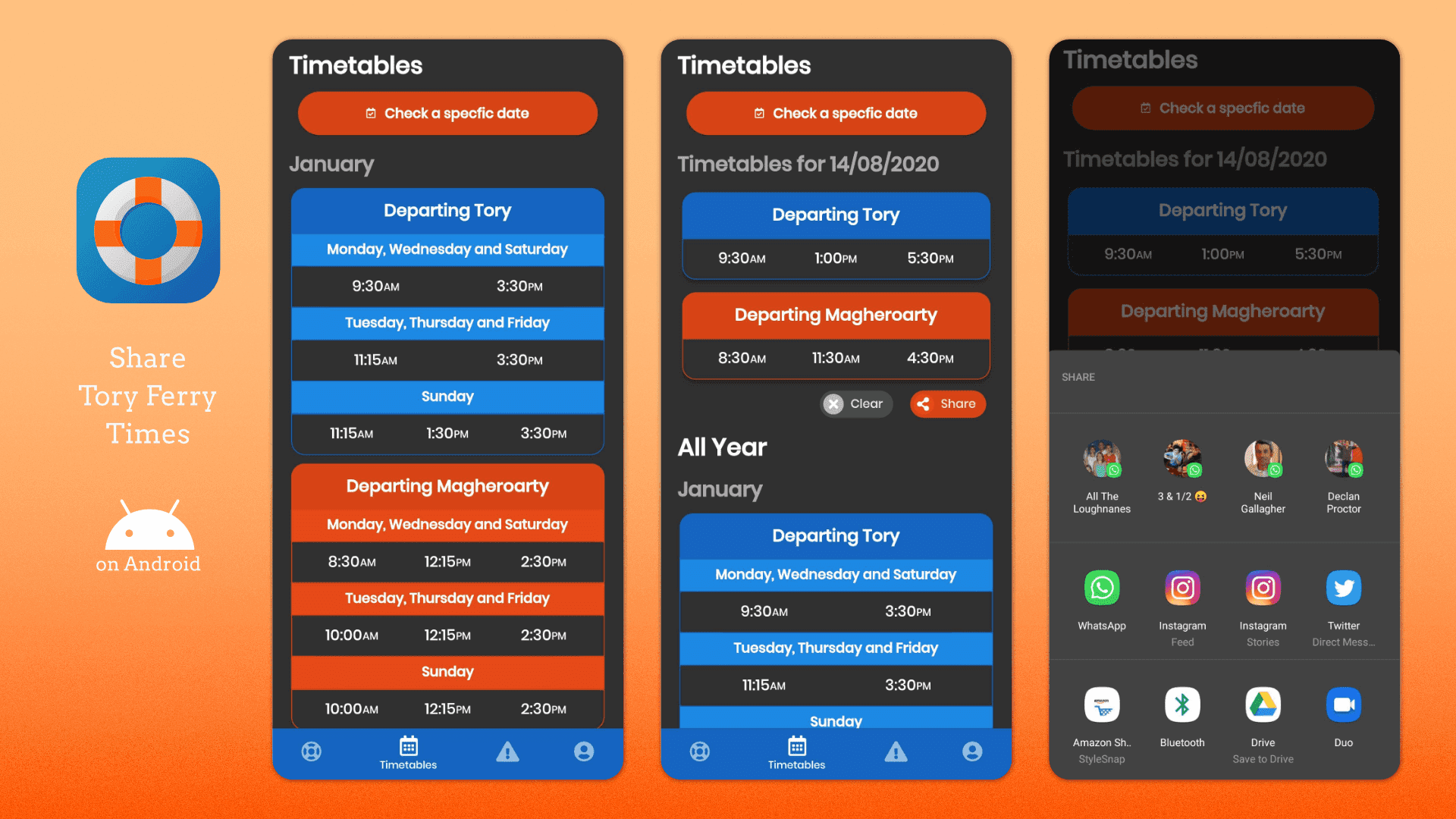 The update is available now on Android and iOS now. The app uses the native sharing functionality for both these ecosystems so you should be used to the way the sharing works and can get started right away. 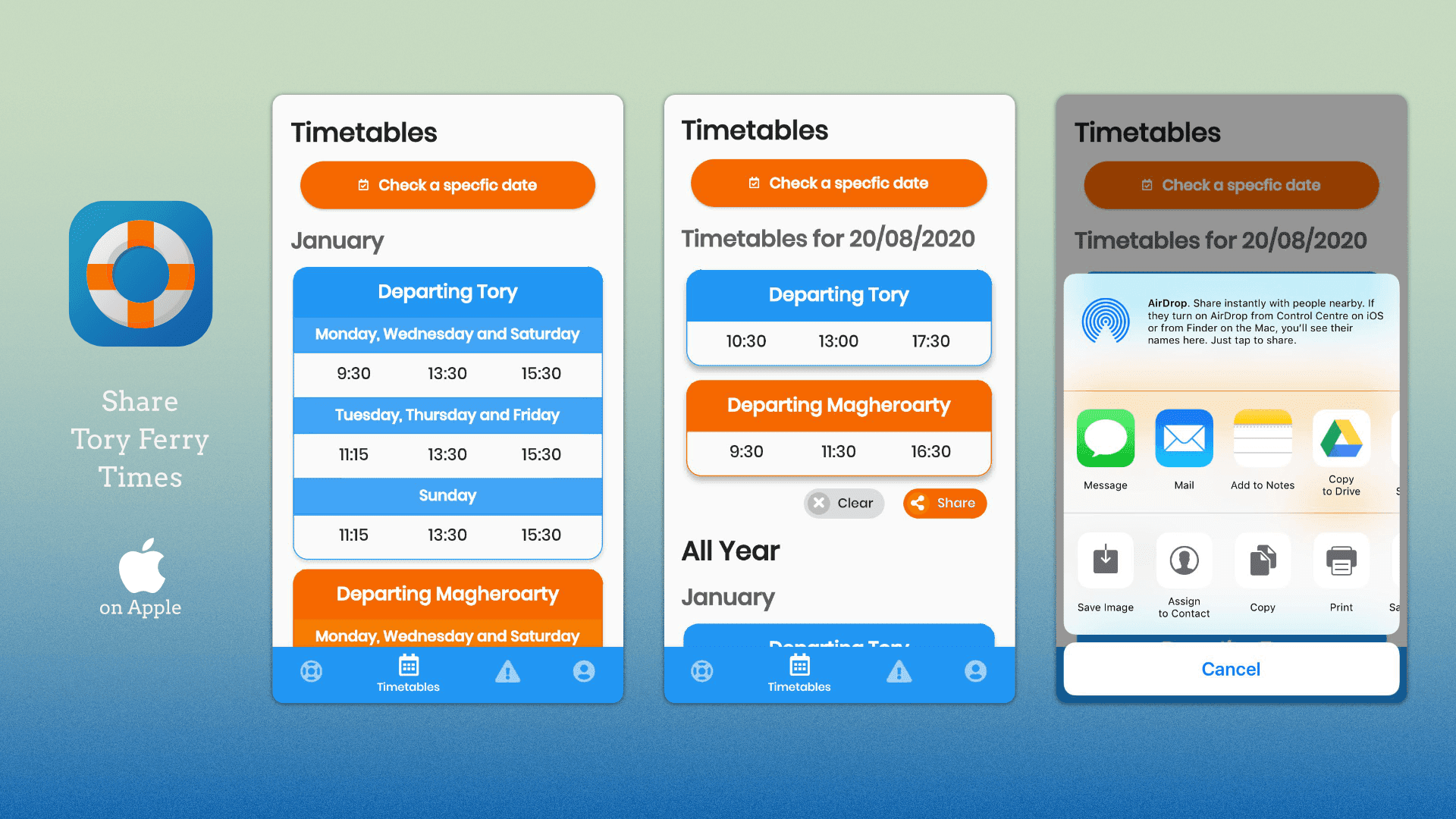 Tory Ferry’s iOS update, step by step The app doesn’t store the image on your phone at all, so you won’t see an increase in the storage of your app. The share button triggers a function which generates the times image on the fly and sends it to the sharing features of your device. It will also generate a short snippet of text: 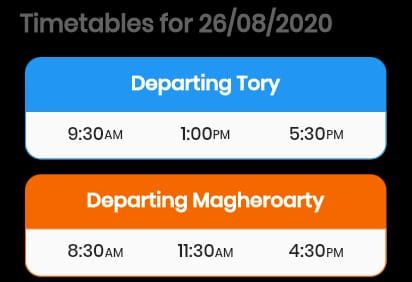 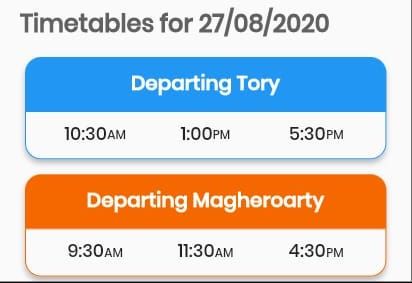 Timetables Images from the app

The app is available for download now on Google Play and Apple’s App Store. Click the buttons below the visit the app stores to download the app - or with auto updates enable - it should be hitting your device shortly.

Let us know what you think of the updates we’ve released recently on our Facebook and let us know if you have any ideas for future releases.